We all need to be able to ‘Shift!’ sometimes…

At Made By Mortals we make musical theatre, but it’s not usually what most people think of when they think of musical theatre. I mean it’s not My Fair Lady or Chicago- not that there’s anything wrong with those shows.

I guess, our work is about people combining music, song, drama and movement in interesting and imaginative ways to tell stories or explore a theme. We rarely have lead performers. We almost always have audience participation. Our shows are put together through humour, compassion and consensus. And unlike the professionals, our work celebrates and embraces those little moments where things go awry, or a performer does something unexpected. 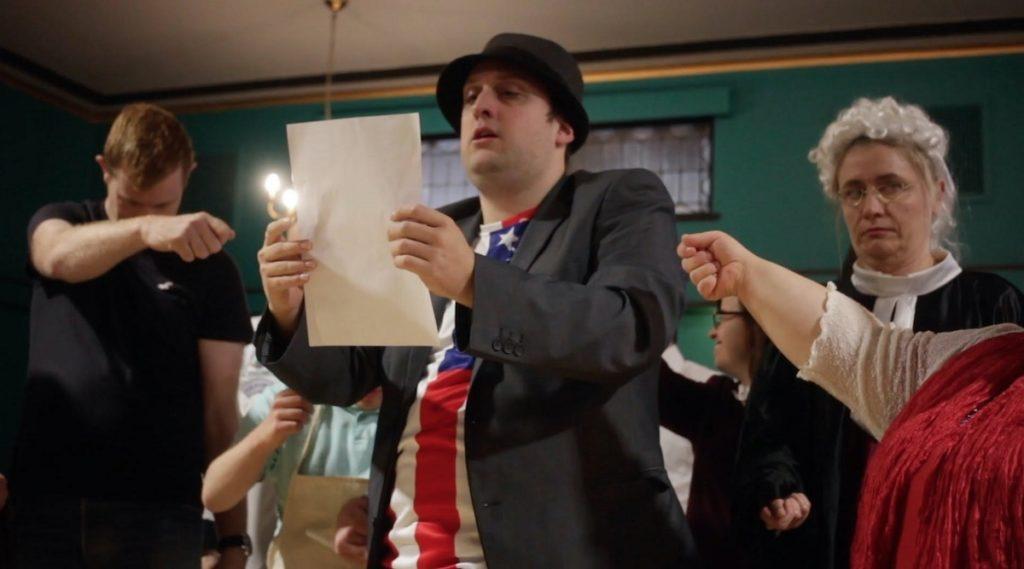 The project explores learning difficulties and discrimination in the workplace, but we started with the notion that within the magical world of theatre you can be or do anything.

We want to see our performers up there performing their hearts out and enjoying every minute of it. We are not looking for polished shows where everything is slick and the illusion of the world of the show is upheld at all times. Our work is about people, beautifully imperfectly perfect people and our performances reflect this and use this eventuality to underline the artistic and or social meaning we are aiming to present.

So, all this said and done, when we arrived at Pure Innovations to set about delivering this well thought out, hopefully innovatively artistic approach, the participants expectantly presented us with a pile of librettos from musicals ranging from Wicked to Starlight Express. Luckily Andy (my fellow director at Made By Mortals) is a whizz on the piano so he was able to regale everyone with something of a musical mash-up. Artistic integrity can get stuffed- this was a lot of fun and a great way to get to know everyone. 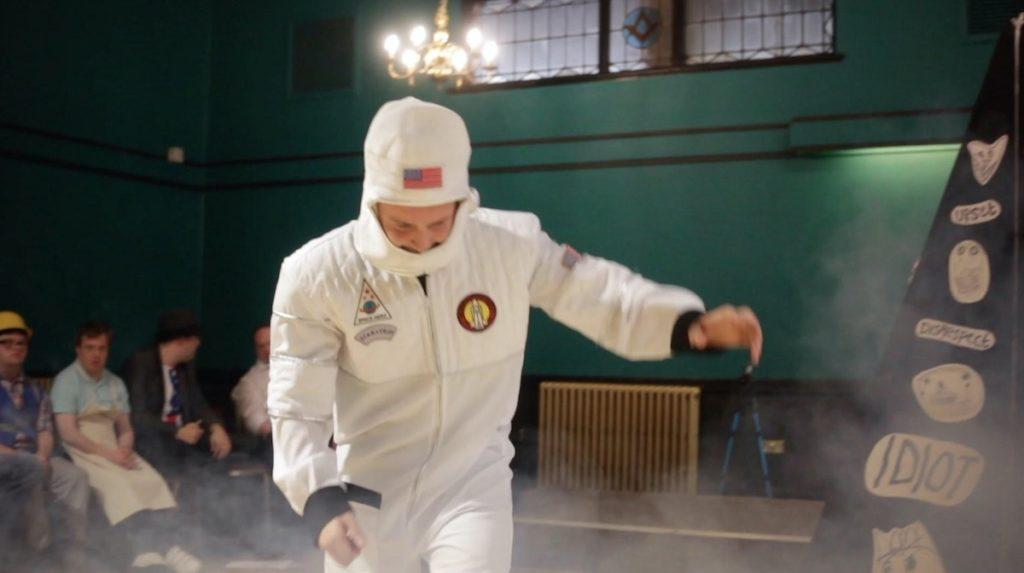 We always have some initial ideas before we start a project but it’s really important for us to learn and shape the work with the group as we go along. This comes from everyone inputting their ideas, opinions and imaginations, and it also comes from us learning about the individuals and groups’ interests, talents and personalities.

With this in mind, we wanted to use the group’s love of musical theatre to help forge the show. The project explores learning difficulties and discrimination in the workplace, but we started with the notion that within the magical world of theatre you can be or do anything.

Theatre is a metaphor in the piece for ‘anything is possible’. The group used this opportunity to imagine their dream jobs- astronauts, stand-up comedians, models… etc. And theatrically we created an opening number with them that begins in a theatre and is in a very recognisable musical theatre style.

Then with the introduction of the concept of discrimination the piece becomes warped and the recognisable musical theatre style breaks down.

The group were insightful when exploring discrimination in the workplace. Some of this insight came from their lived experience and some from them imagining themselves into different scenarios/characters. Many of the group had had lots of positive experiences of work and some had not worked at all, but everyone had plenty to say on the subject.

We discussed bullying, being left out, being patronised, being under-estimated, being ignored and much more besides. We wanted to express these ideas in as much of a non-verbal way as possible, so alongside expressing them musically with Andy and through movement/drama with me, we asked the very talented visual artist Johnny Woodhams to help the group create something that could visually express these concepts.

The group created jagged shapes, nasty words and distorted faces all displayed on a dark looming shape. After the big show beginning, the performers are forced to spend time under this shapes’ (discrimination) shadow and are then challenged to take it apart and return to the unfettered ‘anything’s possible’ world of musical theatre, where this wonderful journey all began. I guess you’ll have to watch the show to see if they succeed in this challenge.

‘Shift!’ was an original music theatre experience by Made By Mortals and was funded by Stockport Local. The project, which took place in October 2019,  was a collaboration with Pure Innovations, who support a diverse range of people to live independent, healthy and valued lives in their communities.