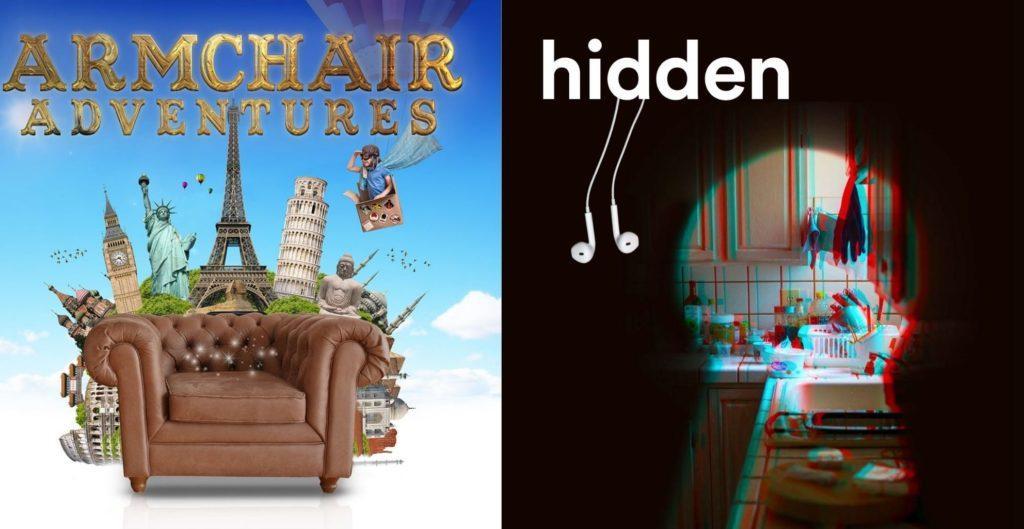 Chicken; Duck; Swan; Eagle; Phoenix?! What the cluck next?!

Reflecting after 12 months of COVID

Made By Mortals is only young to be honest. I mean I feel old, and Andy and I have been making shows with community groups for time immemorial but Made By Mortals has only really been going ‘proper like’ since January 2018.

With this in mind, I feel like we entered this pandemic (as an organisation) like something approaching an aesthetically-challenged adolescent duckling.

We were still scrabbling about for a project here and a project there – still trying to make sense of the shift from freelancing to running an actual organisation. An organisation that was suddenly separate from us, with its own desires and needs and reasons for being (if that makes sense).

And now we are emerging as a fully-fledged phoenix or at the very least one of those young swans that is basically white but still has the odd fleck of grey (if you catch my drift?).

Michelle, participating from hospital in our ‘Hidden’ project. 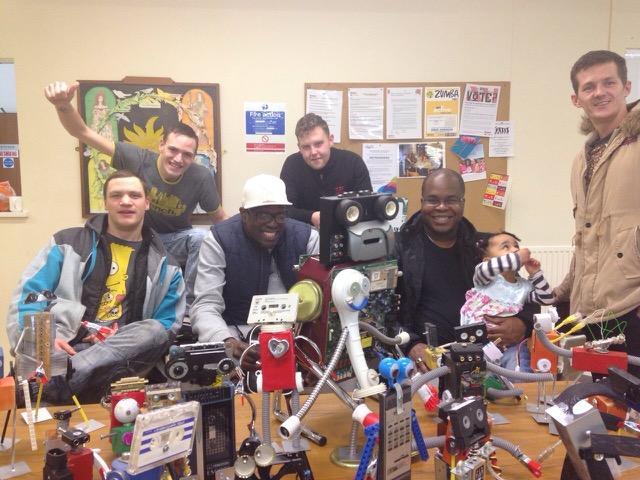 The governing document that supports Made By Mortals started life back in 2014 under the name Mr One Million. Mr One Million was an arts and media programme for young unemployed men living in Brieghtmet, Bolton (pictured above).

The programme was supported by social housing group Bolton at Home (and their fab Arts Officer Gaynor Cox is still on our board to this day).

It was called Mr One Million because at the time a million young people were unemployed and the first project we did with the young men was to make a film imagining ‘Mr One Million’ lived in Breightmet.  Mr One Million became a Community Interest Company as a way to combat council cuts and attract new funding. And there it sat like a prized pet hen under little pressure to lay (I’m running with the bird thing now) – odd fund here odd project there – a homemade website and a back office of one – me! 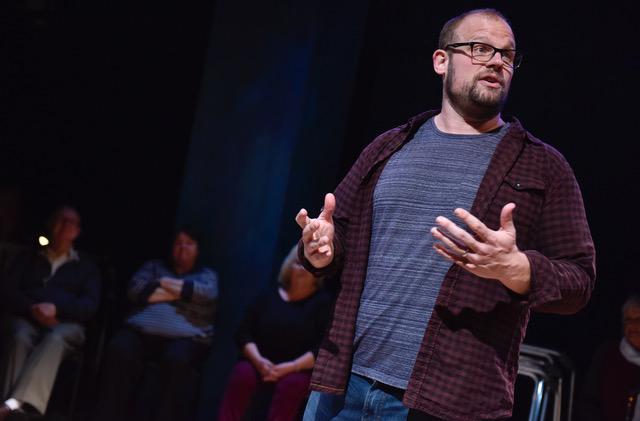 I guess you get to an age when you want to actually build something. You want your efforts to start to add up instead of being a string of individual (mostly successful) exploits. You get to a point in your career where you think “ok, I’m actually good at this now – but what next?”

I know Andy and I had reached that point by early 2017. We had both worked (together and individually) making music theatre for cultural and social organisations across the NW and beyond for 10 years.

We were getting frustrated. We were finding that there were aspects to projects way out of our control that were (in our opinion) holding the work back.

Participatory practice was far too often being under resourced and under-valued, a ‘nice-to-have’, a ‘didn’t-they-do-well’, an ‘always the bridesmaid never the bride’ situation.

We had a notion that artistic output forged from participatory practice had a lot more potential. We wanted to see what would happen if we gave the work (and the people that make it) the love, care, artistry and professionalism we felt it/they deserved throughout every aspect of the executive and creative process.

We felt a project, programme, performance and ultimately an organisation, that had arts participation at its heart (people power), had the potential to change how communities interact with ‘the arts’.

We also felt that the work had the potential to transform how institutions sought to engage the public and bring about change – making it more meaningful and ethical for everyone who’s involved.

The time had come to put our money where our mouth is/was, so to speak. It was time to feed the hen, or is it dress the hen, or pluck the chicken, or release the hen and seek a vegan alternative – I’m not sure, I’ve lost the thread?

Anyhoo, Made By Mortals was born (hatched..? I’ll stop now!).

“Having a purpose through all this has been a godsend”

Lynda, a carer new to podcasting.

Throughout the pandemic MBM have more than quadrupled our reach and more than doubled our turnover. We have a brand-new website, tag line ‘bringing people’s experience to life’, mission: to cultivate creative citizens, approach video, governance and team of ‘behind the scenes’ staff.

This has all happened fast (really fast- like an eagle diving from…oh yeah, sorry, I’ve stopped that), and at the same time we have been pivoting (I think that’s the buzz word for it?!) from live music theatre shows to podcasts and films.

You can see from our impact report how many people we have had the great pleasure in supporting to connect, create, change, entertain, inspire, share, learn, through the workshops, podcasts, activity packs, films and events we have put on.

It has been a whirlwind that has given me a purpose and meaning like I’ve never experienced at a time when world events have made me feel scared and powerless.

“Everybody’s ideas are important. As a group we listen, we question, everyone contributes something and feels part of the group. Everyone is included.” Pat, member of MBM leadership group. 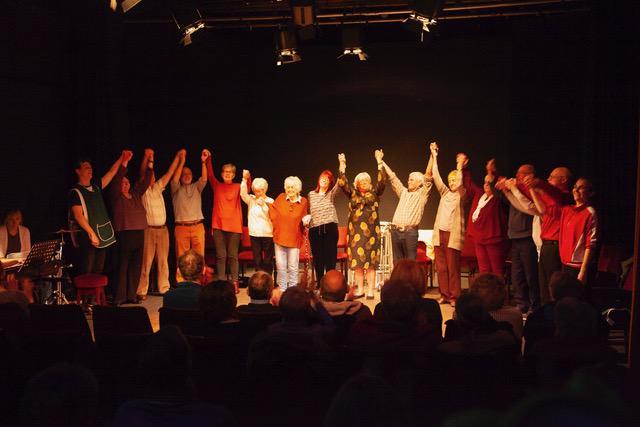 The people who got us here

This recent transformation has been the result of some amazing support, advice, inspiration and perspiration from many many fellow mortals.

Julie Farley, Naomi Davies, Liz Windsor-Welsh and Cat Duncan-Rees and the Be More Pirate movement that introduced us to coproduction and helped us put our work into a wider context.

Manchester Health Innovation and Professor Paul Clarkson for providing a pathway for our work and methodologies to be used in research (promoting, disseminating and data collecting). Tom Northey for his expertise and guidance navigating the fundraising landscape.

Our funders (Arts Council, National Lottery, European Social Fund and Action Together for example) and the grant managers we have built relationships with.

Our Pilotlighters and Project Manager from The Pilotlight Scheme for pushing us to develop strategies in communications, recruitment, governance and finance faster and better than we would have otherwise.

All the artists, sound engineers, music producers, designers and others that have helped us pivot from live music theatre shows to podcasts so effectively. Carolyn (PR/Comms), and Vic & Vicky (Marketing) for shouting about our work in ways we simply couldn’t do on our own and Gary for giving our work an identifiable brand. Our fabulous Project Coordinator Jenny.

And of course, most importantly, the community groups we support and have worked with throughout the pandemic- their energy, enthusiasm, creativity and compassion has seen Made By Mortals spread its wings and fly.

If you would like further information about what we do, please get in touch.
Listen to our podcast on our Armchair Adventures page or directly on our Audio Boom podcast page.